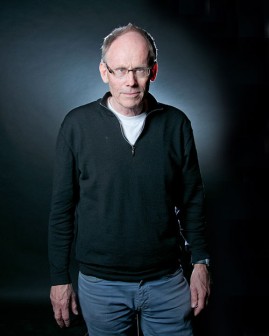 Jan Vincens Steen owns SteenMedia.no and 50 % of World Stringers Ltd. Earlier he was manager for Newspapers in Education(NIE) for the Norwegian Media Business Association (MBL) from 1981 to 2008. He has also been a teacher in primary and secondary schools in Hedmark and Oslo. Jan Vincens Steen has wide national and international network. Through NIE he has cooperated with Folkehelsa, Norwegian Sports Association/Norwegian Olympic Committee, The Parliament, TheTele museum, Statens Forurensings Tilsyn (SFT), The Consumer ombudsman and Forbrukerrådet, The Child and Emancipation Department, Rusmiddeldirektoratet, Save the Children, WWF, World Association of Newspapers (WAN), The European Journalist Centre in Maastricht, Norske Skog, “Norway 2000″ og “Norway 2005″. Steen has conducted tens of surveys for MBL, The Newspaper Publishers in Sweden, WAN and more. He has written textbooks and workbooks, and is beeng used as a teacher/speaker in Norway and abroad. SteenMedia  addresses teachers, media businesses, cultural institutions and more. Since he established SteenMedia in 2008 he has worked with many organizations like HERO, Norwegian People`s Aid, Norwegian Refugee Council, The Norwegian Local Press Association and more. He also delivers articles and photos to several magazines.